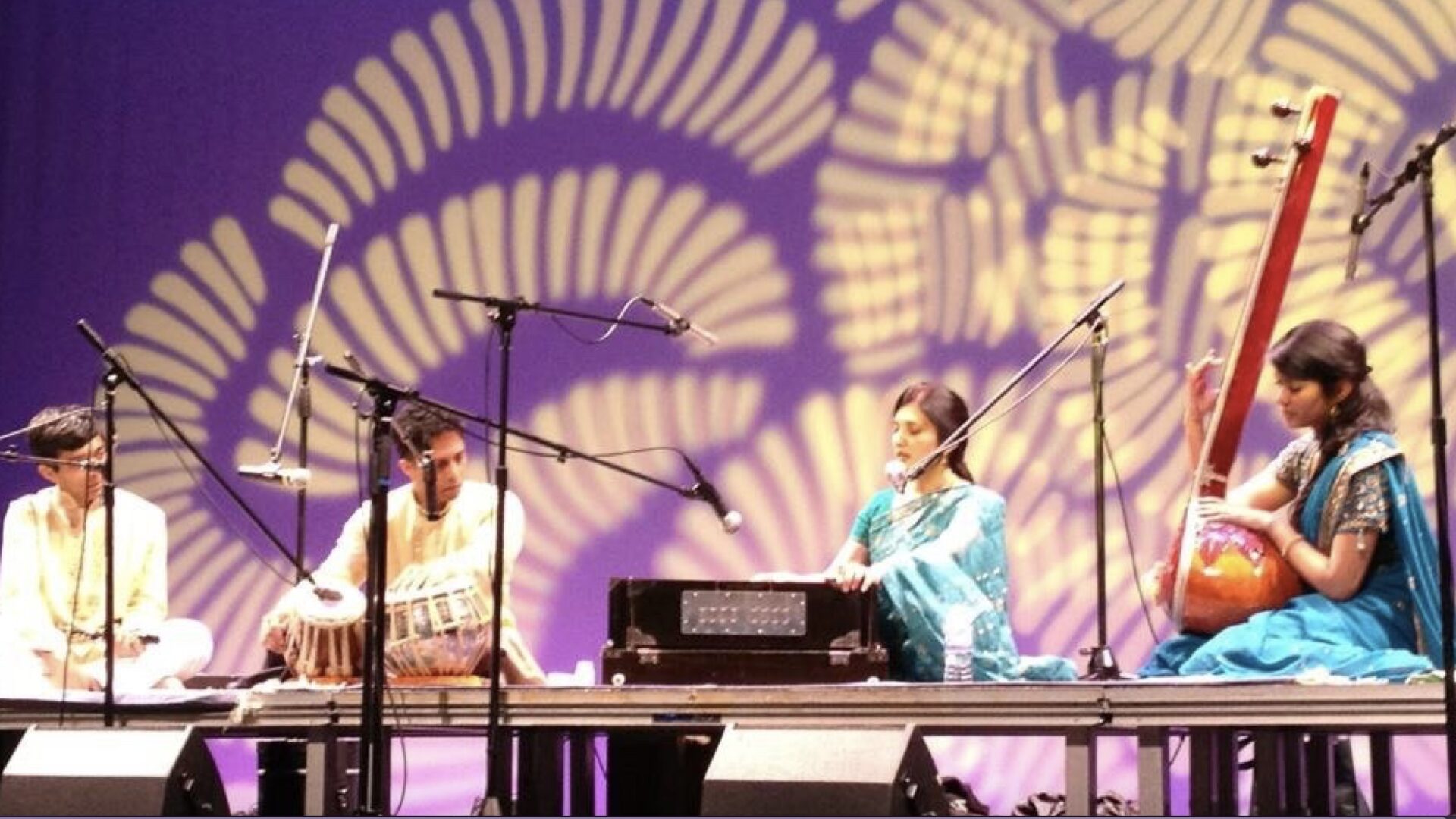 Hindustani Classical Music, both vocal and instrumental, is an ancient art that originated in the Vedic times, in the 12th century. Over time it was greatly patronized and popularized by the Mughal emperors. It is an oral tradition, an unwritten art form which is handed down from grandmasters to students in an ongoing cycle of apprenticeship that links Hindustani classical musicians of today to the ancient masters through an uninterrupted chain. This is the “Guru-Shishya Parampara” (master-apprentice tradition) of teaching and learning.

Over the centuries, Hindustani classical music has been enriched through a blend of different cultures and sounds. It originated in the 12th century, as a Vedic-Hindu-Sanskritic tradition based on stories of mythological deities as master musicians. Over time, Buddhist, Jain and predominantly Islamic influences came into play. And consistently, the music extended from grandmaster to student through the oral Master-Apprentice tradition.

Additionally, there are four minor (komal) notes – Re, Ga, Dha, Ni and one teevar (sharp), Ma, creating a syllabus of 12 notes. The 12 notes are arranged in hundreds of permutations and combinations that have created hundreds of Ragas. Each Raga is unique – in other words – no two ragas are identical. Each Raga belongs to one of the 10 parent structures called Thaat.

Each Raga is governed by a time-theory corresponding to the hours of a day or a particular season and are associated with specific “rasas” or emotions such as joy, celebration, sorrow, devotion and romance.

“Guru-Shishya Parampara” (Master-Apprentice Tradition) – An Oral Tradition: Since its inception, this music has been taught through an oral tradition. Nothing is written: the art has been handed down orally from grandmasters to students in an ongoing cycle of apprenticeship, formally known as the “Guru-Shishya Parampara” or the master-apprentice tradition of teaching and learning. This is a powerful link that connects Hindustani Classical musicians of today to the ancient masters through an uninterrupted musical lineage.