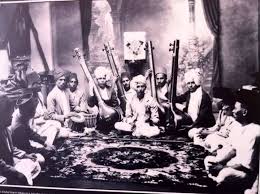 Samia is deeply indebted to her Gurus, Padma Shri Vidushi Sumitra Guha (India) and Shri Tapan Kanti Baidya (Bangladesh) for the decades of apprenticeship she has received in Hindustani (North Indian) Classical Vocal Music and its related genres. They have generously imparted the depth of their knowledge in the beautiful, ancient “Guru-Shishya Parampara”, an oral tradition passed on through the centuries from one generation of Grandmasters to the next generation of apprentices. 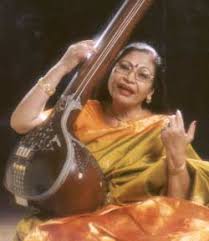 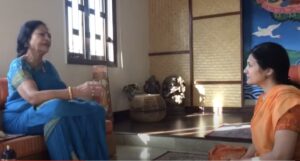 2000 till current:  Samia is a senior disciple of Padma Shri Vidushi Sumitra Guha, one of India’s premier Hindustani classical vocalists of the Kirana Gharana. Her apprenticeship (talim) includes Khayal and Bhajans (devotional compositions in a wide range of Indian languages i.e. Sanskrit, Hindi and Gujarati).

In 2000, Samia was introduced to Vidushi Sumitra Guha by Sumitraji’s own Gurus, the legendary Pandit A. Kanan and Vidushi Malabika Kanan. Earlier that year Samia was fortunate to meet the Kanans at one of their disciple, and Samia’s friend, Chandra Chakraborty’s residence in Johannesburg, to receive some lessons from them. Following their South Africa tour, the Kanans joined Sumitraji in New Delhi, India, where she facilitated and honored them in a beautiful Hindustani Classical concert. It is during this memorable visit the Kanans highly recommended Samia to Sumitraji – Samia was planning to move to New Delhi with her family that same year. Hence began the “Guru-Shishya Parampara” between Sumitraji and Samia. This relationship continues to this day, across India and the US. In both countries, Samia has joined her Guru in numerous performances, at holy sites like the Kumbh Mela and Tirupathi, and professional performing arts venues like the Kamani Auditorium, New Delhi and the Gandhi Memorial Center in Washington DC.

Samia believes in the lifelong relationship with her Gurus and that learning never ends. To her credit, Samia has used her foundation in Hindustani Classical music, while maintaining her central focus in Khayal, to enrich and enhance the renditions of other traditional genres such as Nazrul Sangeet and compositions of Lalon Shah which are embedded in the cultural threads of South Asia, as well as African and other forms of New Age music. The depth of Hindustani music in general, and the nuances of the Kirana Gharana has allowed Samia to bring her own interpretations and innovations to these varied genres of music. 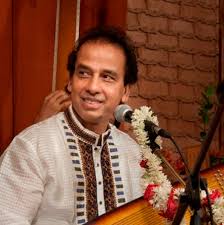 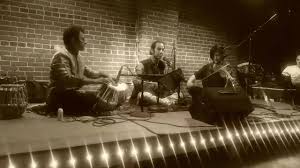 1984 till 2000: Samia began her talim in Dhaka, Bangladesh with Sri Tapan Kanti Baidya at his Music Academy, Sadharang Sangeet Samaroh. Here she apprenticed  from 1984 till 1989. From 1990 till 1996, Samia continued her talim with Sri Baidya in Maryland, USA, where he had opened a branch of his music academy, and as a distant-learner when Samia relocated to South Africa from 1996 till 2000,  She also received formal training in Nazrul Sangeet from Sri Baidya, Fatematuz Zohra and Sadia Afreen Mallick. Nazrul Sangeet are Bangla compositions of the iconic Rebel poet of Bengal, Kazi Nazrul Islam. The Nazrul genre is unique, which allows the broadening of the conventional boundaries of the Bengali repertoire to welcome flavors of Thumri, Ghazal (Urdu poetry), Qawwali (Sufi), Folk, while always remaining rooted in Hindustani Classical music.